As electric vehicles (EVs) take to the roads in increasing numbers the public and industry observers are struggling to keep up with the rapid development of the many nascent technologies that make up the electric car. With the battery at the heart of the EV and accounting for a significant portion of the cost of the vehicle, it is only natural that most of the world’s attention will be focused on the Li-ion battery.

However, with the workings of the modern EV battery hidden from view, many regard this as a ‘black box’, the workings of which are best left to a select group of professionals who drive the technology. And faced with a barrage of specifications and information around energy density, power, safety, and in particular charging and range, even well-versed observers are often left wondering how these relate to the real world – or even what they mean. This makes direct and objective comparison very difficult.

The solution, of course, is to allow the public as well as EV manufacturers to see the battery in operation. The question is how to do this effectively, safely, and with the most impact.

After much head-scratching and discussion, the EV battery developer StoreDot concluded that a live demonstration of the Extreme Fast Charging (XFC) battery’s capabilities would visually illustrate several critical areas concerning EV batteries and their influence on EV adoption such as range and charging anxiety, and therefore focusing on range,  and time to charge in a comparative manner.

Even though StoreDot’s battery technology had been demonstrated in an electric scooter, in partnership with BP in 2019 this new live demonstration would focus entirely on the XFC in a real-world operating environment.

Of primary concern in the design of the live demonstration was to show an XFC battery taken through a typical charge cycle in conditions that accurately emulate a real-world charging event inside an EV battery pack. Moreover, the demonstration would have to be done in such a way that the audience would be able to see the performance metrics of the battery at all times as it was charged.

To maximize the reach of the live demonstration it would be important that the equipment was safe, mobile, and easy to set up and operate with the minimum of specialized add-on equipment. This immediately created several challenges.

A full-size battery pack was never going to be portable and neither was a 350 kW DC fast charger or power source. The solution was to scale the demonstration down to a module or even a single cell that was easy to transport and could be plugged into a 110 or 220-volt wall socket while still replicating the real world. Consequently, a 24Ah 300x100 mm pouch cell produced at EVE energy's manufacturing plant in China was chosen for the demonstration. The jig can also be adapted to accommodate cells with other form factors if required at a later stage. This resulted in a demonstration unit weighing less than 55 kg and packaged in an easily transportable suitcase-sized package.

Having selected the pouch cell for the live demonstration it was important to emulate the operation of a single cell within a battery module and pack, which required an external pressure to be applied to the cell to simulate the confines of the housing. This was achieved by clamping the pouch between two flat plates. By exerting a clamping load of 100 kg a realistic external pressure of 0.35 Bar was exerted on the pouch.

Of course, a live demonstration requires the audience to see the system in operation. With safety top of mind, the system was encased in a “shatterproof” transparent polycarbonate cabinet with automatic temperature-activated safety cut-out switches with a manual backup to ensure safety.

To emulate the operation of the battery in the real-world simulations were also conducted to plot the heat gradient across the cell to determine the best placement of the twin cooling fans. Guided by the simulation results, the jig design ensured the temperature of the cell never exceeded the pre-defined temperature when connected to the 5-volt, 200-amp power supply that accurately replicated charging an XFC battery at a rate of 100 miles every 5 minutes.

Finally, after six months in the making, StoreDot successfully concluded its first live test in front of attendees at the recent EcoMotion Week 2022 held in Israel, with the demonstration simultaneously livestreamed to a global audience.

Key parameters were conveniently displayed throughout  the demonstration conducted in front of attendees from leading car makers.

To contextualize the XFC battery’s performance the display also shows a comparison between the charging performance of StoreDot’s XFC technology versus the current best in class and market average. The best in class and market average information is drawn from an internal database, while the StoreDot bar is taken directly and dynamically from the test.

During the demonstration, the audience witnessed the battery cell being charged from zero to 24Ah, in so doing significantly exceeding the 80 percent capacity (>20Ah) in the 10-minutes target set for the demonstration. This meant that the cell maintained a charge rate capable of adding 100 miles of range every 5 minutes of charging.

What is more, at no point did the battery’s surface temperature exceed 33-degree Celsius, well below the recommended operating temperature set by StoreDot’s engineers.

The successful conclusion of the demonstration in front of a live audience marked another important milestone on StoreDot’s ambitious technology road map, transparently illustrating and sharing the information about the charging-performance of an XFC pouch cell in real-world battery pack conditions.

The intensive development program has already delivered batteries capable of exceeding 1200 consecutive extreme fast cycles. Even as this transformative technology continues to undergo testing by leading automotive manufacturers in grueling conditions StoreDot is set to reduce charge times 100in5 to 100in2 by 2032, in so doing consigning EV range and charge anxiety to the history books. 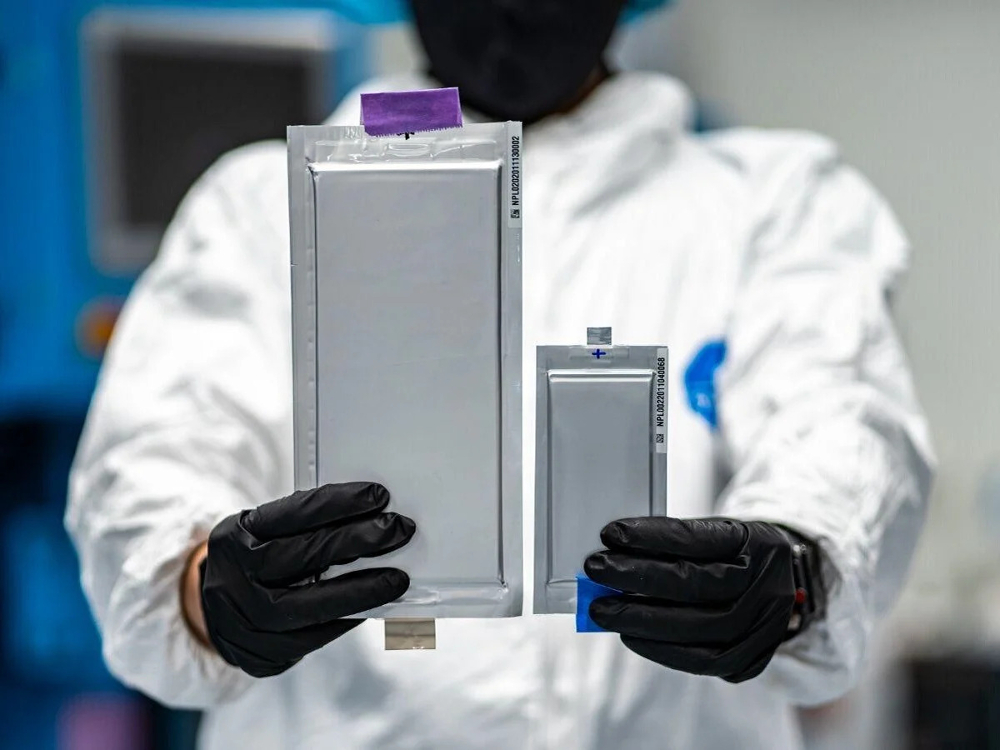 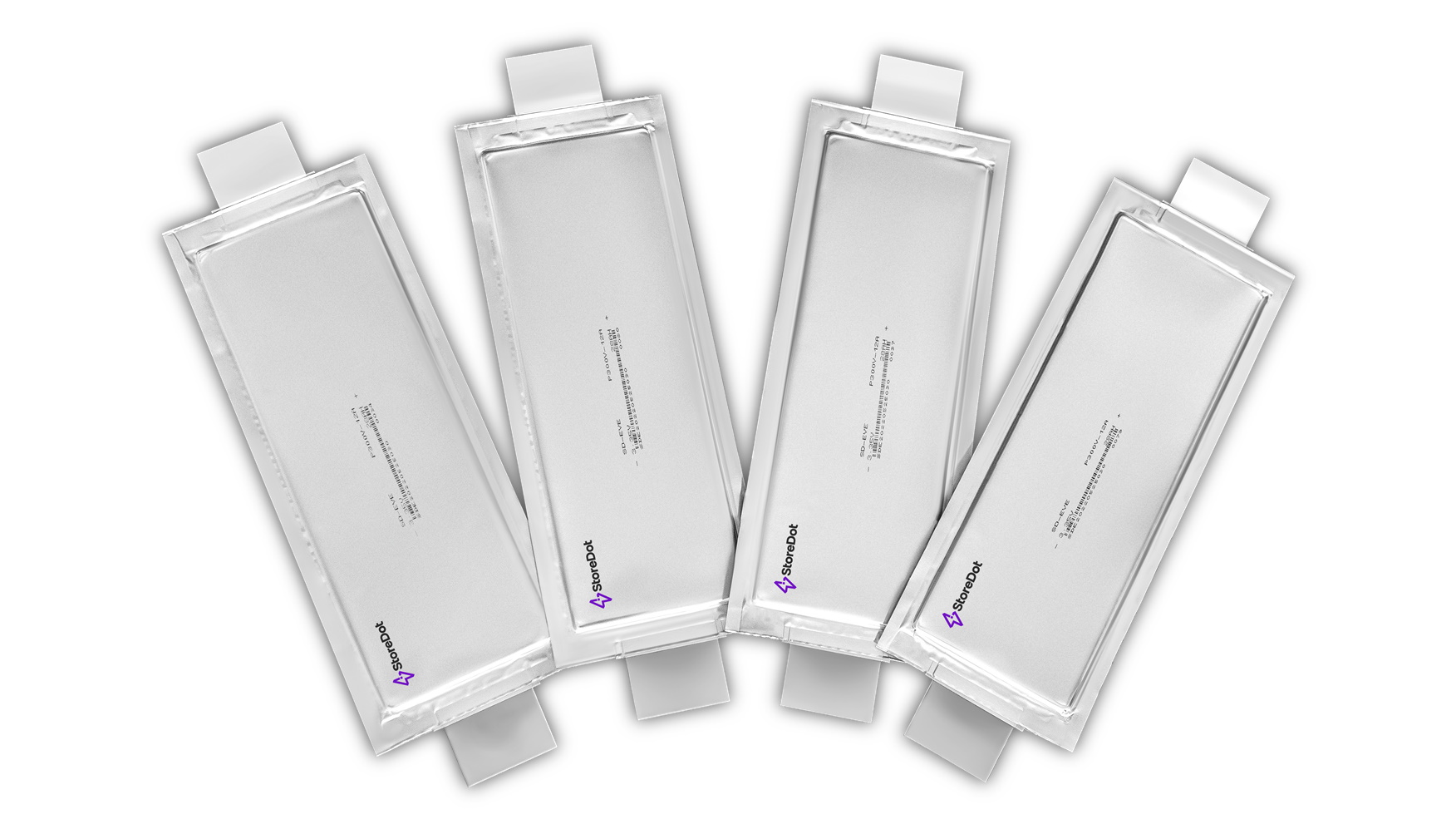 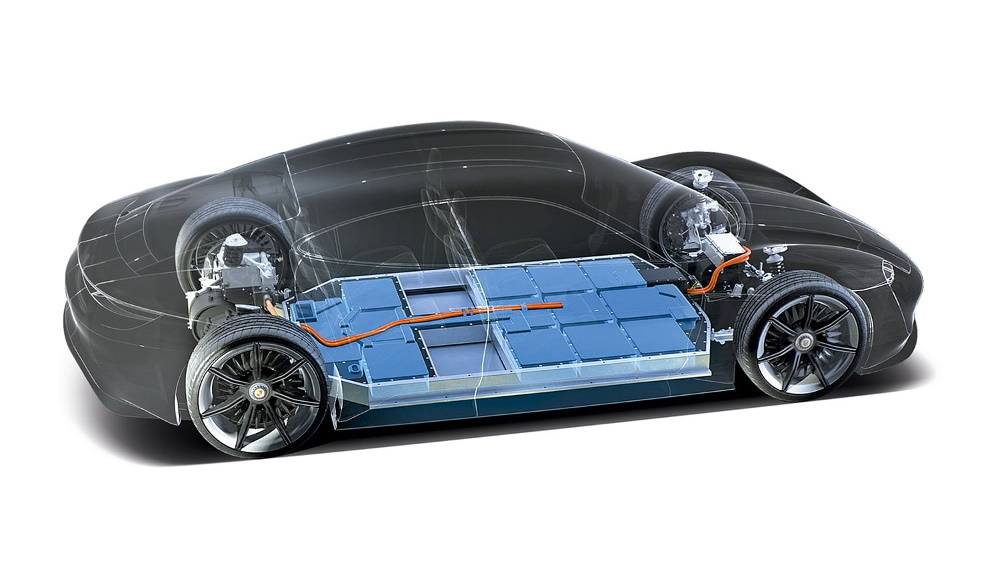